There has been quite some attention to autonomous cars and autonomous trucks recently. In a world where more and more things, e.g. trucks, are connected, technology constantly pushes the boundaries. What seemed like science fiction yesterday is now literally waiting around the corner. From a professional driver’s perspective, there are other concerns: Will autonomous trucks be a threat to my job? Actually, truck autonomy could really improve the working conditions for drivers.

Many drivers, e.g., long hauliers have their entire workday on the road. Ideally, they can work quite relaxed yet keeping to the schedule. On the other hand, a refuse truck driver in urban environments often faces a very stressful working situation: Hundreds of stops. Repeatedly into and out of the cab. Reversing in narrow streets with reduced visibility. Children, pedestrians and other vehicles all around the truck. And, on top of this, a tight schedule…

In an R&D project for self-driving vehicles, Volvo, together with Swedish waste and recycling specialists Renova, is testing a pioneering autonomous refuse truck. Instead of replacing the driver, automation should improve traffic safety, working conditions and reduce environmental impact.

The autonomous refuse truck is designed to make the driving safer, not least when reversing. Dotted with sensors, the truck monitors the vicinity and stops if an object suddenly is detected within its path. Also, the truck is designed for environmental sustainability – gear changing, steering and speed are continuously optimised for low fuel consumption and emissions.

The pick-up route is programmed, so the truck drives itself from bin to bin. When reversing, the driver walks ahead of the vehicle concentrating on collecting the wheelie-bins instead of climbing into and out of the cab for every single bin. This way also the risk of occupational injuries – like knee joint wear, common among refuse collection staff – is reduced.

Here you can see the autonomous refuse truck.

When roads are icy vehicle autonomy will be put to an even greater test. Even if sensor technology makes it possible to identify a slippery road surface and computerized systems interfere, there will always be situations where the sturdy snow chains are the best option. But who would mount them in an autonomous vehicle…?

Well, automatic snow chains could well be the solution. And by the way, the autonomous Volvo/Renova refuse truck actually is equipped with Onspot!

The benefit of hassle-free electric engaging and disengaging of snow chains is the same for almost any truck, bus or rescue vehicle – autonomous or not. 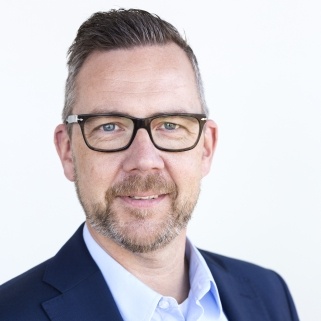