What is road friction?

We all know that friction and traction is crucial to avoid sliding vehicles and spinning wheels. (To learn more, read the blog post What is traction, friction and road grip?) When driving, we have a sense of whether road friction is high or low. But is there a measure for road friction? If so, how could that be calculated since there are several different variables summing up as road friction? Let’s have a closer look at this “road friction”.

If you rub two ice cubes and then compare with rubbing two pieces of rubber, you will notice two things: First, the ice cubes slide effortlessly while the rubbers don’t. And secondly, the harder you press them together, the harder it is to make the rubbers slide at all. It appears as this is not the case with the ice cubes – ice cubes slide easily irrespective of pressure. What happens here is that the high pressure flattens the microscopic irregularities of the soft rubber surfaces, thus the gripping contact area is increased – and so is friction. This is why a heavy vehicle is less likely to slide compared to a light one. And this is also the reason why truck drivers add extra weight to the drive axle to get better traction in slippery conditions. So, is road friction increased by vehicle weight?

The Friction Coefficient – an idea of friction

The Coefficient of Friction (COF) is not a basic physical concept. The term was coined in the 19th century by French physicist Arthur Morin. COF is often symbolized by the Greek letter μ (Mu) and it describes the ratio of the force of friction between two bodies and the force pressing them together. The COF gives us an idea of how “slippery” different materials are, and the lower the value the more “slippery” is the material. Typically, solid materials have a COF less than 1, while rubber on rubber could exceed 1.

However, COF is not a material property as such and cannot be calculated exactly. Instead, it is an empirical measure, i.e. it is a result from practical experiments and comparisons rather than theoretical calculations. That is why COF is depending on various factors and the COF value is an approximation. Yet, it is quite a practical measure since the value gives us an idea of slipperiness.

COF values for different specific road paving would come in handy. Why aren’t there such? Well, if you compare a coarse rasp with a fine file you have the answer: They are both made of the same material – steel – but grip will differ completely due to different jagging. It is the same with road paving. If we look at it in a magnifier we will notice that road surface is very, very rough. To get a useful value for friction we would need to take also the degree of ruggedness into consideration – not only the material as such. So, how could we measure ruggedness when the surface is very irregular?

Actually, by way of laser technology it is possible to measure the macrotexture and get an idea of the ruggedness and frictional features accordingly. However, there is no such thing as a standardised COF value for specific road surfaces.

“Road friction” is a sum of different variables. Over the years, many devices and methods have been developed around the world to measure the friction and texture of road surfaces. Adequate comparisons and harmonization of different research and test results would improve road safety development over time. So, ideally, there should be an international common definition and scale for road friction. Unfortunately, there is not.

However, different initiatives are driving development. For example, the International Friction Index, which is a way of calculating COF at different speeds. Hopefully, there will eventually be an international common view and practice.

At the end of the day, safety is all about how we drive. Irrespective of engineering methods, scales and values, slowing down and being attentive is the best way to keep traction and improve safety when roads are icy and slippery. And, if you still lose traction, make sure to get it back as soon as possible. For example, by using automatic snow chains. 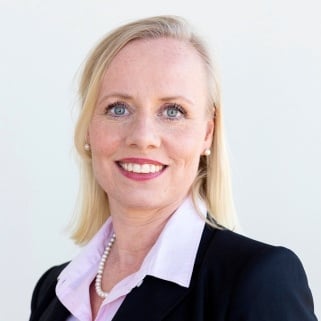