Touring in the winter landscape

Guest Blog, no 2 from the Haaks

After quite some vacation we’re on tour again! In a way, the winter is our favourite season when we perform in the different ski resorts, and the audiences are always wonderful. Our first week of the tour was spent in the classical hotel Sälens Högfjällshotell, in Sweden. The sun was shining, the slopes were filled with skiers, and already by four o’clock, the after ski was crowded with partygoers. A very special thing about this week was us co-arranging a corporate event, resulting in 250 happy hairdressers on the show.

“The Wall” (Väggen) – the steepest slope in Sweden 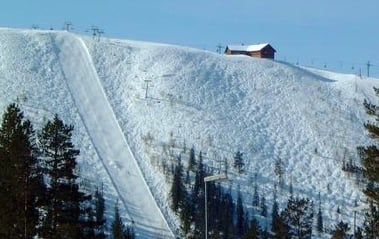 Next stop on the tour was Tandådalen, a really classical Swedish resort. But, before the shows we had a few days off. Me and Henrik went skiing while the others rented snow mobiles. Wonderful days! Well, maybe not so wonderful to Henrik who tried out “The Wall” (Väggen) – the steepest slope in Sweden. His falling ended up in a broken wrist… Luckily enough, he doesn’t play any instrument, and he can run the audio system by one hand…

Tandådalen is where the Swedish after ski culture once started. We’ve had the pleasure to perform here for the past 10 years, and it’s always great. The venue is crowded by lunch and when we go on stage, the atmosphere is on top – what a rocker!!

Now, we’re heading south for some shows in the major Swedish cities. For the last few weeks, the weather has been quite nice without any blizzards. So, the many miles southward shouldn’t be any problem. But, it’s still tricky since the sneaky temperatures around freezing point may bring unpleasant surprises with extremely slippery roads and black ice all of a sudden, even if the skies are clear. So, you need to stay attentive, be well rested and prepared to activate the automatic snow chains in good time! 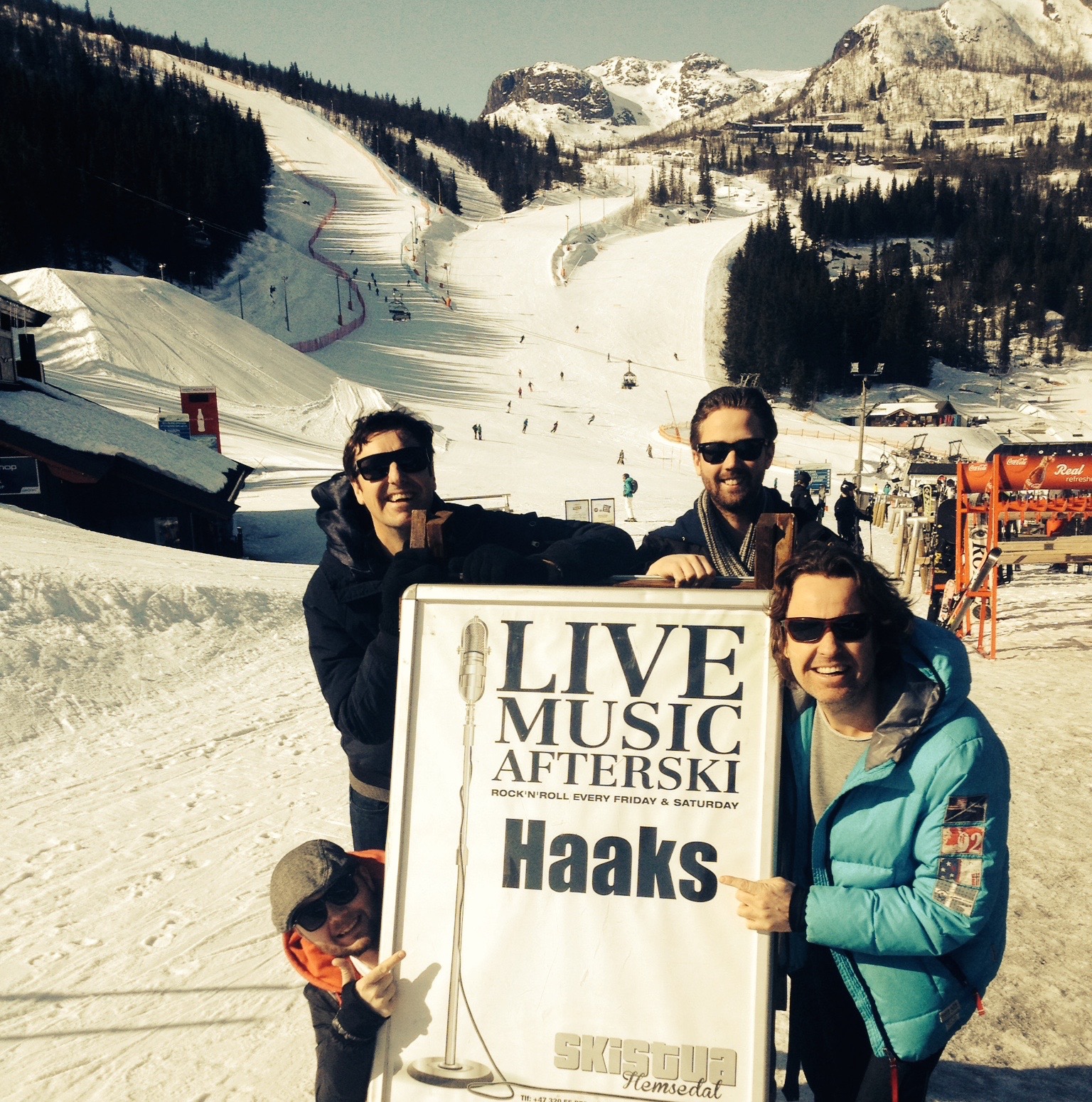 The Haaks is a show band who have been playing full-time for the past 24 years. They are touring in the Swedish and Norwegian mountains and are entertaining in the ski resorts. The band consist of Johan Hakeröd, Jonas Hakeröd, Mattias Andersson, Roger Christensson and Henrik Dahlström. The Haaks is a guest blogger of Onspot´s official Blog. For more info: http://haaks.se/