In this week's post we'll get a glimps of how it is to work in the expedite industry as a team truck driver. A way of working that is quite common in the USA, but not so familiar to us outside the USA. A team truck driver drives with another driver. While one driver operates the truck, the other rests or sleeps. Drivers on a team can work out their own schedule and hours. Using a driving team allows a truck to be on the road continuously, resulting in faster delivery of the products on board. This week's writer, Linda Caffee, is an industry leader and a well known team truck driver in the USA. She will share her experience from the roads on the Onspot blog. We think that Linda's experience is of great value for all of us in the haulage industry.

Why a truck driver?

Getting started as truck drivers was not as easy as it sounds. After twenty years as a diesel mechanic Bob decided he wanted to start driving trucks instead of working on them. I, Linda at the time worked at our local county courthouse and we were facing the “empty nest syndrome” as our youngest daughter was heading off to college. The idea sounded appealing and we started our research.

Bob and I have been married since 1978 and the idea of spending twenty-four hours a day in a small box for months at a time was cause to step back and think about our plan. Would our new adventure really be that exciting or would it be something that ended a long marriage? How well did we really like each other? I am happy to say that after twelve years of team driving we are still together and doing fine.

We first started with Bob driving a tractor trailer and me riding along until we found expediting. The idea of driving a smaller 40’ truck really appealed to me and I liked the idea of being the 911 of the trucking industry by solving problems. While researching expediting, and asking questions one of my first concerns was having to drive in adverse winter conditions. Driving on ice with snow up to our doors, and white out conditions really frightened me. My first response was to only drive when it was safe which got rid of that fear. My second fear was of driving in unfamiliar large cities and getting lost. I lived with that fear every time I drove until we purchased our first GPS.

Our niche in the trucking industry consists mainly of two areas: 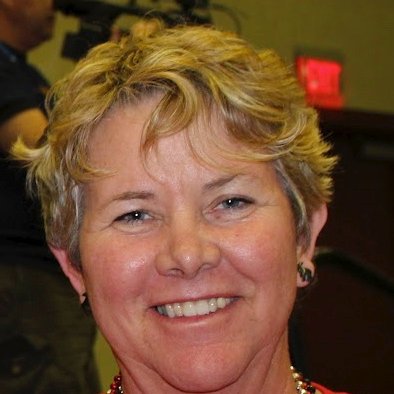 Linda and Bob started their driver careers after their children left home for college in 2000. Bob started as a driver for a large motor carrier with Linda as a rider. They decided to enter the Expedite industry as team drivers in 2005. Both, Bob and Linda have had their Class A licenses since the early 80's starting out driving in the oil field and hauling grain as fill in drivers where Bob worked as a diesel mechanic. Linda worked at the local country courthouse in data processing. Bob and Linda have become industry leaders by sharing their use of new technology and techniques to improve performance and living standards while on the road. Linda is a guest blogger at the Onspot Blog