America’s Last Frontier: Onspots are There

Over the years at Onspot, we have fit thousands of chassis with our automatic tire chain system. Vehicle applications ranging from fire and rescue, school and transit bus, plow and tow truck, and various forms of local and long-haul delivery trucks are just some of the chassis where the Onspot system is currently in use. Our Onspot factory located in North Vernon, IN is also more than just a place where our product is made, it is also an R&D facility that allows us to stay on top of the latest chassis changes and adapt our product to these changes. Occasionally, we also have customers contact us with some pretty interesting and challenging vehicles that they would like outfitted with Onspots. One recent vehicle that comes to mind is that of Bro. John Pinnix with the Remote Alaska Missions or R.A.M.

It was back in November of last year when I received a call from John who was interested in the Onspot chain system for a vehicle that he would soon acquire. John told me about the vehicle and the circumstances in which it was to be used and it certainly sounded unique. In short, John who is from Alaska said the vehicle would run all the “lower 48” and Alaska. Familiar with the wide range of customers who have used our product in the “lower 48”, I knew that the system would be a good fit for his vehicle. The Onspots would provide him with the assurance of traction on snow and ice at the flip of a switch, even in states with chain laws and regulations as Onspot is classified as an Automatic Traction Device, or ATD. One of the biggest surprises (at least for me anyway) was when John finally showed up to our factory with the vehicle. 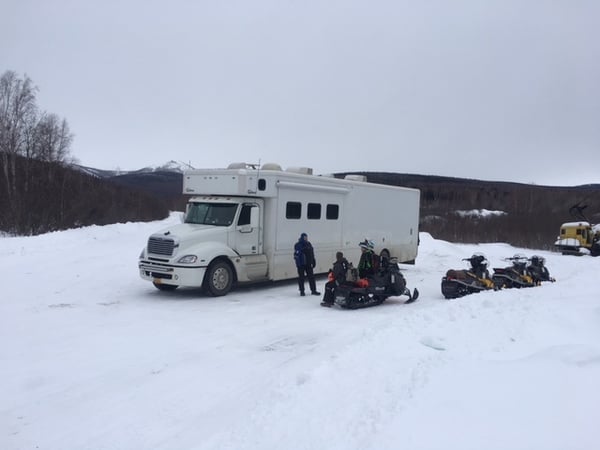 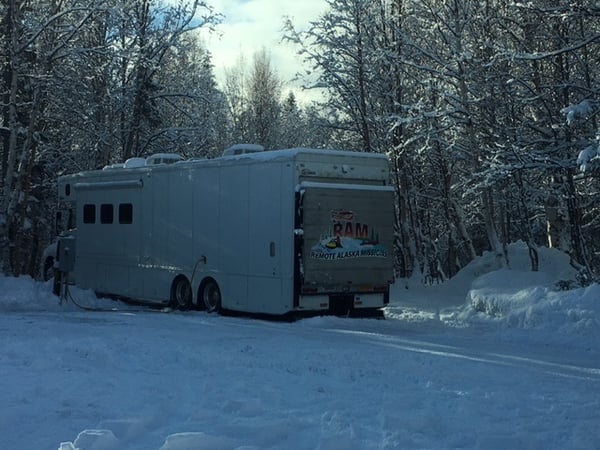 The vehicle is big and unique in its purpose putting it on par with some of the custom trucks we have had visit our factory over the years. After the truck was measured, the factory went to work on making a set of custom mounting brackets for the truck and determining what chain set would be used. Once the setup was determined, the vehicle was off to one of our local dealers for installation of the system and in two days John was back on the road. Even more surprising than the size of the vehicle were the requirements expected of the truck and the conditions it would face in Alaska. The vehicle was designed not only to carry John and his crew, but their snow machines during the winter months and be able to tow their boat in the summer months. 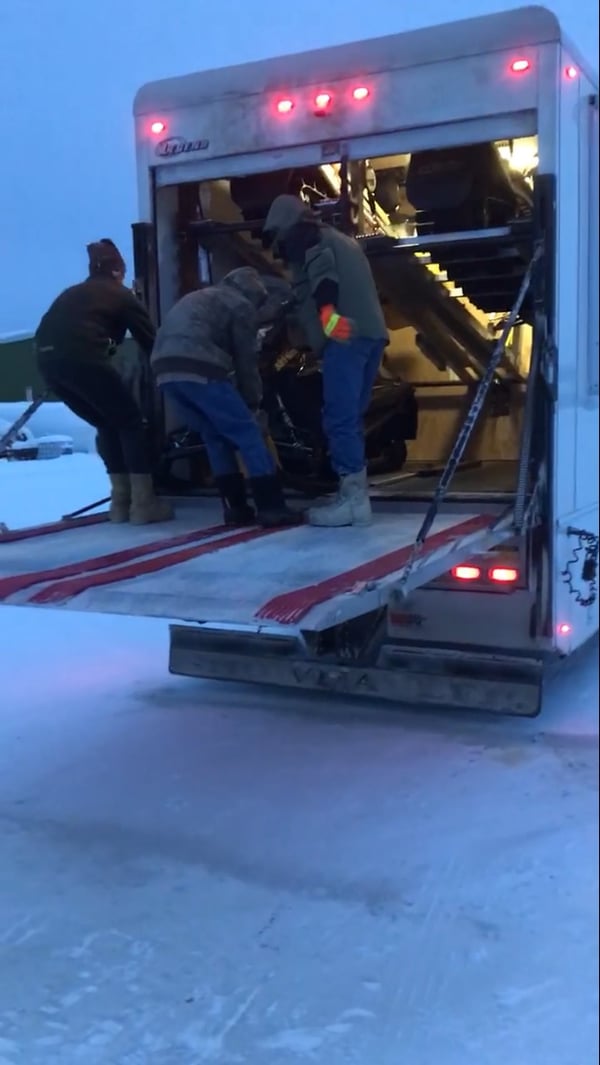 I found out that once the vehicle leaves the states through Washington state, it travels another 1200 miles, ultimately to some of the most remote parts in Alaska driving on both the Elliott and Dalton highways. The areas where John and his team travel are some of the most demanding for a vehicle and very remote to the point where having a reliable and safe vehicle is not an option, it is a must. I had the opportunity to talk to John last month while he was his traveling through Alaska and he told me about one instance where the Onspots already helped them avoid getting stuck. John said that they were approaching a steep grade on the Dalton Highway when they came upon a grader moving slowly ahead. Forced to lower their speed until they could safely pass the grader, they deployed the Onspots providing them with the needed to traction to safely pass and continue down the road.

To find out more about the Remote Alaska Missions go to:

To find out more about the Onspot automatic tire chain system go to: 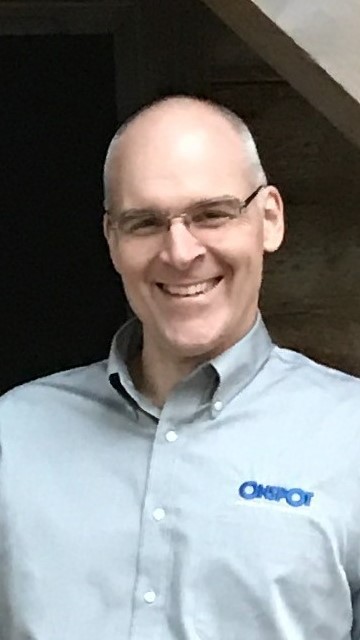 Leonard has six years with Onspot Automatic Tire Chains in North America. Four years as a field technician on the East Coast and two years as a Regional Sales Manager. During the four years as a field technician Leonard provided install and maintenance training to dealers. Leonard also performed fleet reviews for customers and provided technical service support. An alumnus from the University of Maine, Leonard graduated with a B.A. in English and a concentration in Education. Leonard also attended Texas State Technical College where he earned an associate’s degree in automotive mechanics.